Economists have defined economies of scale as cost advantages reaped by companies when production becomes efficient. It is with this in mind that only economic policies that can assist enterprises in the country’s Free Trade Zones to achieve regular increases in production at lower cost that should be promoted.

The Nigerian Government has over the years tried to cash in on this economic determinant by adopting the zone scheme which largely promotes economies of scale as opposed to production orientation that promotes high and often multiple tax regimes.

The imperative of the free trade zones scheme in a developing economy such as ours cannot be overemphasized as it serves as a leveler in balancing the country’s economies of scale and taxation. This is so as production in these special business ecosystems are significantly incentivized to allow for sustainable employment generation, economic growth and industrialisation.

No wonder, the country’s pride asset of 46 zones harbouring 500 functional enterprises with variety of production lines remains a positive testament of how tax regimes’ exemptions on economic production can fast track economic growth in a more sustainable manner.

For the umpteenth time, the Federal Government, seeing the positive impact the scheme had had on economies around the world, approved of it in 1992, and through Act 63 established the Nigeria Export Processing Zones (NEPZA) to regulate and manage it.

The Authority’s years of unflinching commitment to its mandate, mission and vision has no doubt positively influenced the continued sustenance of the scheme regardless of activated centripetal and centrifugal forces aimed at stunting its full development.

Prof. Adesoji Adesugba, NEPZA Managing Director, has since his assumption July 1, 2020 as helsman of the Authority, continued to devote quality time toward correcting widely held conversations that are garbed with insinuations that tend to make nonsense of the scheme.

Adesugba has ensured that contact channels with chief executive officers of relevant agencies of government, federal lawmakers and other key stakeholders have remained opened for cross fertilisation of ideas to grow the sector. The NEPZA boss has always politely sensitised this sector’s most critical stakeholders on the tenets of the scheme which is more of free-tax-regimes for operators and enterprises in zones.

For instance, the NEPZA chief executive officer at a stakeholder forum organised by the Nigeria Economic Zones Association on March 21,  in Lagos reiterated that: “those business enclaves called zones are considered to be countries-within-the-Nigeria-nation and therefore, requires NEPZA’s permission to for any establishment s or individuals to access them.”

The free trade zone is indeed a global economic corridor with tolerable tax incentives offered as investors’ baits. So it behooves on us to appreciate this scheme along with its rules and regulations in order to reap substantially from it.

Also, the MD NEPZA, while on hand to receive His Excellency,  President Muhammadu Buhari during the inspection of the Lekki Deep Sea Port on March 22, in Lagos, explained that the cumulative revenue of the scheme to the country’s Gross Domestic Product (GDP) was highly significant.

“We expect the investment we have in this free zone to be worth 3.5 billion US dollars. The projection is that in 45 years, we will be doing 461 billion US dollars. The multiplier effects will positively impact on our employment generation, infrastructure development, skills transfer, and on the GDP, among others. These gains far outweigh taxes and duties that would have been collected and expended at intervals.

“The Lagos Free Zone is investing in the deep-sea port because of the attractive incentives we are offering them as spelt out in our Act. The chase to therefore, open up the zone for the collection of irregular charges, levies and duties as opposed to the documented incentives will only drive away our investors. There has been misleading conversations in some quarter that NEPZA is shielding enterprises operating in the zones from paying agreed local duties and levies. This is not true.

“NEPZA, the Nigeria Customs Service, Federal Inland Revenue Services, have records of taxes and duties paid by enterprises in the zones to the government. These enterprises are not frozen from local revenue laws when they extend their business activities to the territory of the Nigeria nation.

“The free zone is deemed to be a country-within-a-country, where we do not have multi-simplicity of taxation. We operate a free tax regime within the zones.

“In Lagos free trade zone alone, we have twenty-six (26) International companies. We are on the verge of opening a world class colligate company factory in the world. These incentives serve as baits that attract investors and their removal will be antithetical to our drive to fast-track the country’s economic growth through production,” he said.

In corroborating the NEPZA’s chief executive’s assertion,  the president Buhari went on to describe the ongoing 1.5 billion US dollars Lekki deep sea port project as a national asset capable of turning around the country’s economic fortunes.

Buhari also said that the federal government would continue to provide the right incentives and environment to attract Foreign Direct Investment (FDI), adding that the free trade zone scheme must be supported to thrive.

On his part, Rt.Hon. Rotimi Amaechi, former Minister of Transportation, who attended the event, said that the project had greatly influenced the government’s decision to improve the status of other ports in the country.

“The government needs to either rehabilitate ports like Warri, Port Harcourt or build new ones. In fact, work will commence in Bonny Deep Seaport before the end of this year,” Amaechi said.

The government must, therefore, lead its revenue agencies to understand the imperative of the free zone scheme which is more of incentivizing for long term economic development than for immediate revenue generation.

For the benefit of highsigh, the scheme, with all of its incentives, contributes impressively to both the National Gross Product (NGP) and Domestic Gross Product (GDP) respectively as captured in the Authority’s Authority 2021 Key Revenue Indicators.

In that chart, a total of 27 Free Trade Zones Enterprises were registered while the value of attracted Foreign Direct Investment stood at 24.8 US million dollars and that of the Local Direct Investment amounting to N233.6 billion respectively.

Furthermore, a total of 37.3 million US dollars attracted to the country from international export of goods and a total of N361.1 billion was generated from domestic export.

The record also shows that a total of N35.1 billion accrued to government as Custom Duty while N408.3 million was remitted as PAYE taxes.

In similar vein, a total of 19,125 employment opportunities were generated just as 3000 jobs skills were transferred to the country and revenue generation from Immigration matters standing at N746.5 million.

Also, Local Import which serves as backward linkage stood at N65.1 billion within the period under review while the cumulative investment in the free zones scheme in 2021 amounted to N14.1 trillion.

The above record no doubt, bestows greater credibility on the operation and management of the scheme by the new NEPZA management led by Adesugba, who on his first day at NEPZA made it clear to the workforce of his uncompromising stance against revenue leakages.

Adesugba, a thoroughbred investment promoter, has relentless showed capacity to open up the Authority for improved collaboration with sisters’ agencies like the the Central Bank of Nigeria (CBN) Nigeria Customs Service (NCS), Federal Inland Revenue Service (FIRS), Standard Organisation of Nigeria (SON) and the Nigeria Immigration Service (NIS) for smooth tracking of revenues due to government.

Adesugba, in his sensitization of officials of these agencies on the peculiarity of the zones’ concept said that the African Continental Free Trade Zones Area (AfCFTA) had given leverage to all countries in the continent to diversify their business catchments, adding that it was incumbent on sisters’ agencies to strictly work within their laws and mandates.

“As we speak, free trade zones are springing up everywhere in Africa. Nigeria must be concerned about competitions from Egypt; South Africa; Kenya; Benin Republic; Ghana; and Togo; where greater leverage has been given to the development of the scheme.

“The time to join the moving train is now, else we shall be counting our losses if few years to come. Enterprises in zones and zone operators are not to be taxed like companies operating in the customs area. I urge us all to understand these dynamics to keep the scheme alive and competitive,” he said.

On the Authority’s drive toward establishing Virtual Free Trade Zone, the government should shelve its rigid stance on the near 1 trillion US dollars digital economy by expeditiously promulgating a law that can regulate its operation. Doing so will leapfrog the country’s economy by converting it into a global competitive brand.

NEPZA, having seen the potentials of this sector, has gone ahead in its investment drive to seek partnership with Binance and Talent City for the country to harbour the first virtual free trade zone in Sub-Saharan Africa.

“We seek to break new grounds to widen economic opportunities for our citizens and for global investors through our move to establish a flourishing virtual free trade zones that will take advantage of the near $1 trillion virtual economy in blockchains and digital economy.

“The Authority at the moment parades a highly knowledgeable young staff population that is amenable to the dynamics of the digital sector. We, therefore, aim to build on this comparative advantage to contribute our quota to the re-energising of the country’s non-oil sector. He further said that:”NEPZA is assiduously working to make the economy robust and buoyant. The emphasis should not be totally on the immediate revenues we can generate from the scheme, rather the scheme must be repositioned to build an unending investors’ traffic.” 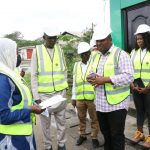 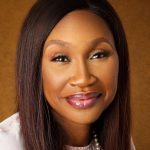